How Does TickCheck's Tick Testing Work?

The tick testing process involves three laboratory procedures that require at least 24-48 hours to complete by TickCheck technicians. When a tick arrives, we immediately work to identify it and determine how long it has been attached when applicable. Once completed, testing for specific pathogens can begin.

The first step involves extracting DNA from the tick. The DNA of the infectious agents will be localized to the tick’s gut and salivary glands. A lysis buffer and heat is applied to the tick after it is cut open with scalpel.

The second step of the testing process amplifies the DNA that was extracted from the tick. We use a technique called real-time Polymerase Chain Reaction (PCR), which is used all over the world in scientific laboratories and is highly accurate. 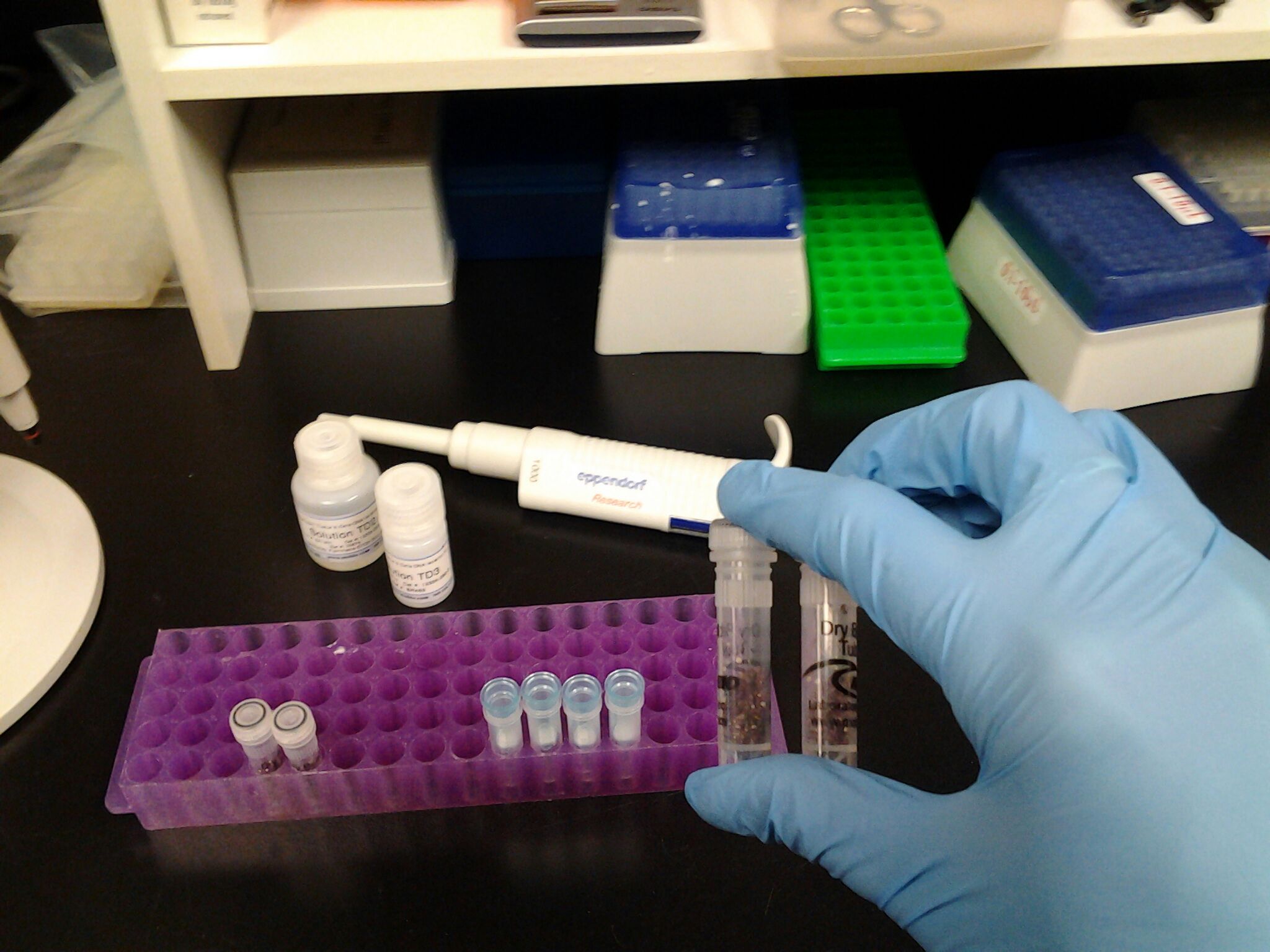 PCR involves exponentially replicating a piece of specific DNA, in our case, the DNA of the pathogen (disease causing organism) being tested. By using known fragments of the pathogen’s DNA and a cycle of temperature gradients, we can manipulate the DNA, if it is present, into multiplying into millions of copies.

To the right: One of our lab technicians extracting DNA from a tick.

This third step is not primarily used but is applicable for some tests. We visualize the DNA we amplified in step 2, through a procedure called gel electrophoresis. We dye the millions of copies of DNA and push it through a protein matrix (gel) using electricity. If the pathogen’s DNA was present in the tick, it will have been extracted, amplified, dyed, and will fluoresce on the gel under UV light. The length travelled on the gel indicates the size of the DNA fragment which correlates to the disease causing organism that was being tested.

If our technicians determine that the DNA extracted from the tick contains the DNA of a pathogen such as Borrelia (which causes Lyme disease), we can determine with over 99.99% certainty that the tick was a carrier of that disease.