About Serological Testing for Lyme Disease

Lyme disease testing is a large industry. Almost every major laboratory will test for the illness. As documented cases continue to increase over the years, more and more laboratories begin to realize that including Lyme testing is essential. There are a lot of clinical details about testing that paying customers might not be aware about. It’s important to be educated on the types of testing, the process, and of course the results.

Serology testing is often your physician's first step in properly diagnosing and treating you. A serology test (antibody test) is a blood test that detects antibodies. Antibodies are proteins in the blood that are an important response to an infection. The CDC recommends a two-tier testing process for Lyme disease. With this process both of the tests have to be positive in order for you to be considered to have Lyme disease.

The standard tests in the two-tier process are ELISA and The Western blot. ELISA is short for enzyme-linked immunosorbent assay. It detects the levels of antibodies against Borrelia burgdorferi in the blood or spinal fluid. The Western blot is the second stage of testing to confirm a positive result. In addition to testing for antibodies it can report the reactivity against several different proteins found in the Lyme bacteria. If the ELISA results are negative, then no further testing is recommended. You can see how this might be an issue as there are false negatives that occur with ELISA testing. It is only documented to be around 75–89% accurate, with false negatives almost half the time. 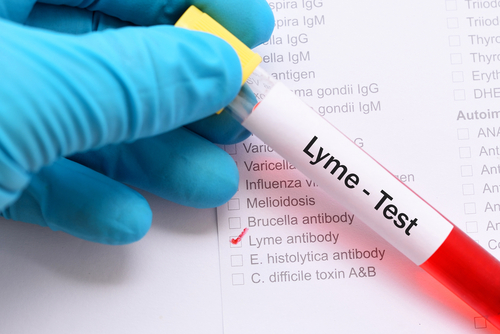 Important factors to consider if you are undergoing serological testing:

Serological testing should not be the primary basis for diagnosing or making a treatment plan. Instead, it should act as clinical support for physicians. Many factors besides the testing should be taken into consideration first. Some of these factors include: